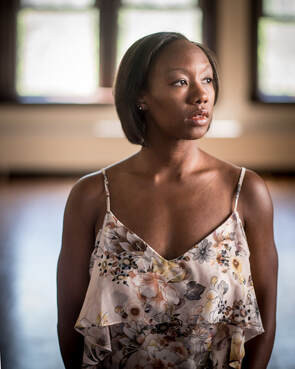 
​Named one of Dance Magazine's 25 to Watch in 2012, professional dancer, educator and actress Courtney D. Jones is a Presidential Scholar in the Arts for Choreography and is a proud graduate of SUNY Purchase with a BFA in Dance Performance and a minor in Psychology, graduating with honors..  She began her professional career in Miami, FL with the Freddick Bratcher and Company Contemporary Dance Theatre while attending New World School of the Arts.
After graduation Ms. Jones continued to work with the Kevin Wynn Collection and joined Jennifer Muller/The Works where she taught and toured internationally for four seasons.
With a growing interest in theatre she signed with the McDonald/Selznick Associates (MSA) talent agency and joined the cast of Show Boat in 2008 accomplishing a long-standing goal to perform at Kennedy Center, Lincoln Center and Carnegie Hall and went on to join Broadway's First National Tour of WICKED in 2009. 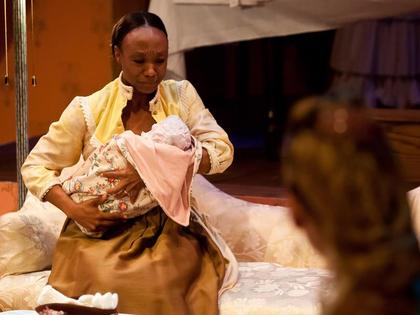 photo Bruce Bennett
In Houston, Ms. Jones enjoyed four lovely seasons from 2010-2014 with Hope Stone Dance Company where she was the Assistant Director of Hope Stone Dance II (h.s.d. II)  and has been seen in productions at Stages Repertory Theatre; Auntie Mame, Panto Pinocchio, In the Next Room or the Vibrator Play, Failure: A Love Story, Houston Grand Opera;  Madame Butterfly (Movement Director), Show Boat (swing), Die Fledermaus, The Passenger (Movement Director) and Theare Under The Stars; Urban Cowboy the Musical and A Chorus Line (Lois/swing) . She is also a highly sought after consultant both as an Adjunct Faculty member at the University of Houston teaching modern dance (Fall Semesters 2010-2014) and teaching company class for Hope Stone Dance, MET Dance Company, SUCHU Dance, Rice University Rice Dance Theatre and Urban Souls Dance Company where she also served as a guest choreographer for their 2012 season.

In 2014 alongside professional dancers and colleagues Catalina Alexandra and JoDee Engle, Courtney co founded the Houston Dance Collective, providing continuing professional dance training to the Houston dance community by offering Open Professional/Advanced classes .  HDC is currently on hiatus.
She is a proud member of the Actors Equity Association and is represented by A+ Actors of Texas.